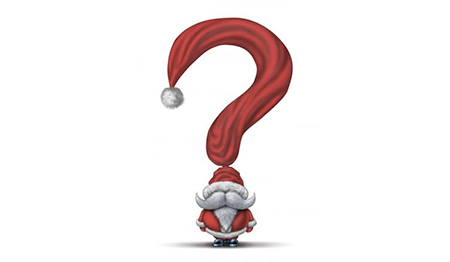 Well, the Christmas season is upon us. Many professing Christians (and the world, which should be a hint) call themselves celebrating the birth of Jesus Christ. They celebrate by doing the following:

For a season and day that’s supposedly in honor of Jesus Christ, the practices are definitely questionable. Those who think otherwise either: 1) Don’t care or 2) Haven’t given it a thought. It doesn’t take much to realize that something’s out-of-order.

For those of us who know (or are willing to listen), God has another perspective for us to consider. Christmas is not a legitimate “holy day”. It’s a rehash of a pagan holiday called “Saturnalia”. Many of today’s practices, celebratory acts, the date of the “celebration”, the willingness to get into debt in order to participate, the feasts, the and even the colors associated with the season are derived directly from Saturnalia. The thought God wants us to consider today is . . .

What if Christmas WAS legitimate???

If Christmas WAS legitimate, the following issues would still be problems (just a few examples):

Remnant Christian Assembly, located in Southfield, Michigan, is a Christian ministry that's dedicated to fufilling God's call to churches and God's people by warning and teaching every man in order to present every may perfect in Christ Jesus and earnestly contending for the faith once delivered to the saints. As recorded in Acts 2, we are committed to maintaining apostolic doctrine, fellowship, breaking of bread, and prayer.

Whosoever Will, Let Them Come!

Courageous? Hungry for God's word? Have a place in your heart for truth? Weary of the corruption you've seen in churches? You are cordially invited to partake of God's unadulterated word at Remnant Christian Assembly.

Get directions to Remnant